Sco,tt Crow, lVlanag.ing .. 0'£u~ker
~CG·raw Davisson ;Stewa,rt, Realtors.
- - 1
Langley, Oklahoma
ScottCrow.:tttcg;raw.ok.con1
91B.782.3211
· Quality web newsprfat at affordable prices
405-478-4009 • 6725 N. Mir--a.rna.rBlvd. Okla City, OK 73111
Fading
by Carlotta Carlisle
omance
way?
When was the last time you went on a date without
having sex with your date? Have you or do you read
romance books, such as Harlequin-style gay romance
novels from Romentics gay romances? Has gay life
become just sex, disco and sex?
Where have the days gone when you dressed to the
hilt and went to a nice dimly lit restaurant with your
partner or date, listen to some soft music and looked into
the eyes of the person across the table and said, whow
you are beautiful? It seems to me gay life has become
fast food, weird cloths, drugs, loud music and sex, sex,
sex! Now some may say, that sounds like fun, that's the
life. When was the last time you sent your partner
flowers for no special ocqision, but to say I love you?
Tulsa is strategically situated in an area that has
close access to beautiful iakes, mountains, smali romantic
towns like Eureka Springs, AR. Cities with totally gay
restaurants and lodging such as, Kansas City, Dallas,
Oklahoma City. Many weekend get-a-ways at our door
steps. There are severai all gay camp grounds for those
who want to get back to nature. There are numerous
places to just go be romantic with your partner.
With valentines coming in February and spring just
around the comer why not make a date, get those fine
threads out of moth balls, step out and do some star
gazing and iots of smooching. Get the candles out, put
on the white table c!oth, by some flowers and invite your
favorite man or women over for a intimate dinner and
suck some face. Whow! I'm in the mood now.
olitics of
tal eth
A non-profit executive, governmentalemployee,
financial advisor, travel agent, student, fashion designer -
what these gay men have•in common is a knowledge of
pain, obsession, despair, degradation, and finally
freedom from the one element that connects their stories:
crystal meth use.
Dr. Ken Cimino reveals the intimate and horrifying
nature of math abuse and presents ten inspiring true life
dramas of math use and recovery in The Politics of
Crystal Meth: <;;ay Men Share Rersonal Stories of
Addiction and Recovery (www.gayitics.com). He
describes the many reasons why gay men use
methamphetarilines, from gay oppression to homophobia
to building self.esteem to HIV issues. From addiction to
resolution, he then shares ten personal and motivating
stories of meth use and recovery.
In The Politics of Crystal Meth, experts such as Kathy
Rebak, Walter Odets and Lucianq Colonna talk about
issues and problems created by gay men who use meth.
· .~ .. Gay men addicts bear a social stigma that straight men
· don't, for example, making it hard for them to admit their
addiction and seek treatment. The Politics of Crystal
Meth also answers the difficult questions, "Am I an
addict?" and "T;c>'.whom do I turn?" It describes the
principles of the n1ost successful treatment programs
and lists the experts currently bringing help to gay men
who have meth and.other addiction problems.
The Politics of Crystal Meth will educate you, possibly
scare you, and.alert you to math addiction as
experienced by ordinary, respectable, average gay men.
Whether you think you may be an addict, know someone
or IQve someone who is, or work with gay addicts, this
book offers self he!p through understanding and support.
Dr. Kenneth Cimino has written for numerous
publications including Advocate.com, GFN and CBS
Marketwatch. His first non-fiction manuscript, Gay
Assimilation: The Group Consciousness of Gay
Conservatives, is forthcoming next year. He is a
graduate of Claremont Graduate University with a Ph.D.
in Political Science and also has a Master's in Public
Administration from the University of Southern California.
Quotable Quotes
"When people show you who they are, believe them the
first time ............. ..
MAYA ANGELOU
Reconsiders,
dve ise in ay
By Ross von Matzke
o.
ill
edia
Dearborn, Ml_ Representatives for the Ford Motor Co.
have announced advertisements featuring the company's
eight vehicle brands will ryn in gay publications,
responding to complaints from gay rights groups when
Jaguar and Land Rover pulled their spots.
In a letter addressed to the groups, Ford said not only
will it resume buying corporate ads featuring Land Rover
and Jaguar, it will begin advertising Ford's other brands
in gay-:themed publications as well. In the past, Ford had
not purchased advertisements for the Ford, Mercury and
Lincoln brands in gay-oriented publications.
"I think we're back in gear with Ford," Matt Foreman,
executive director of the National Gay and Lesbian
Taskforce, said Thursday. "They responded to each of
the concerns we raised in a positive way. It's a great
outcome."
Last week, Ford cited a need to cut marketing costs
as its primary reason for pulling Jaguar and Land Rover
ads from several gay publications in 2006. The
announcement came days after the conservative
American Family Association announced it had reached
an agreement with Ford and declared victory.
In May, the AFA threatened Foid with a boycott
because it objected to the automaker extending partner
benefits to gay employees and because Ford supported
gay events and advertised in gay publlcations.
Ford officials denied that pressure from the AFA had
any effect on their decision. But gay groups questioned
the timing of the ad Withdrawals and the decision by the
American Family Association to cail off the boycott.
On Wednesday, Ford wrote the gay rights groups that
the luxury brands "made a business decision about their
media plans and it wouid be inconsistent with the way we
manage our business to direct them to do otherwise."
Instead, Ford pledged to run corporate ads in the
publications that would include its full lineup.
"It is my hope that this will remove any ambiguity
about Ford's desire to advertise to ail important
audiences and put this particular issue to rest," wrote Joe
continued page-10 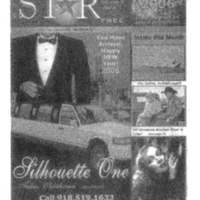